Posted on July 29, 2018 by madisonelizabethbaylis 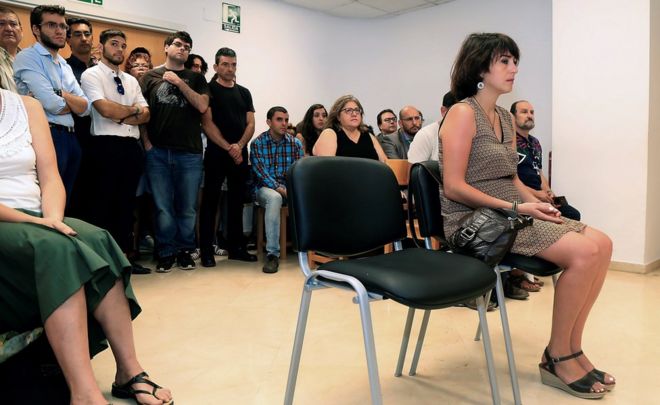 A Spanish court has jailed a woman for five years for going into hiding with her two sons rather than hand them to the father, whom she accused of abuse.

Juana Rivas has also been stripped of custody rights for six years and told to pay hefty legal costs.

Spanish politicians and women’s groups have criticised the verdict.

The long-running custody battle for the boys – the boys, now aged 12 and four – has become a rallying point in Spain’s battle against gender violence.

What did Rivas do?

She took the boys from the family home in Italy in 2016, and travelled to Spain under the pretext of visiting family.

Instead of returning, she lodged a complaint in Spain alleging domestic abuse and later defied Spanish court orders to return the boys to their father.

“A woman running away from terror to protect her children can’t be deemed abduction,”…